St Vincent's Hospital on the Park

Pandemic Ready. As part of the Victorian Government’s $1.9 billion funding boost to increase the health system’s surge capacity and provide more hospital beds to help manage the COVID-19 pandemic, a number of facilities no longer used for healthcare were identified for recommissioning. 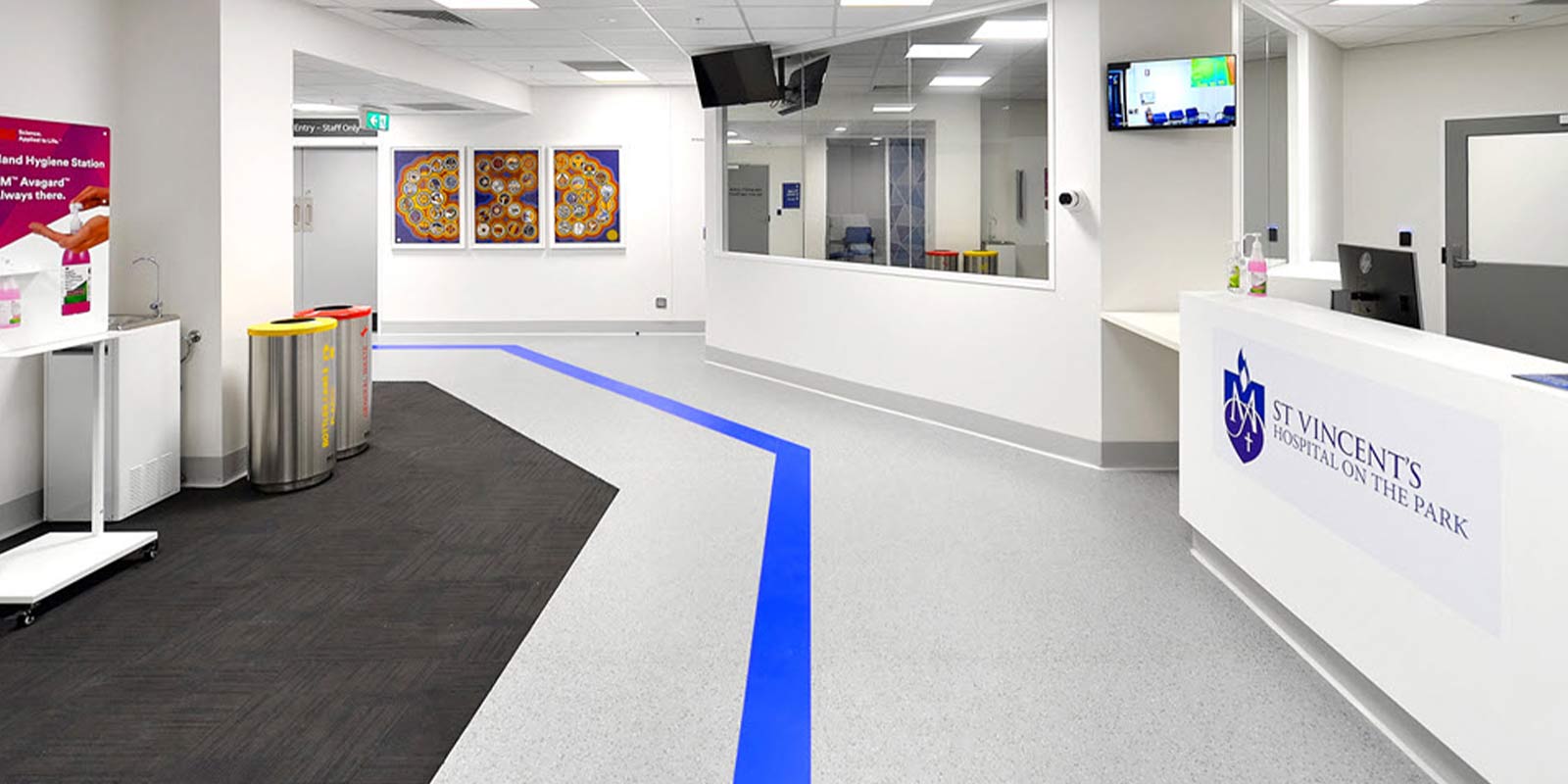 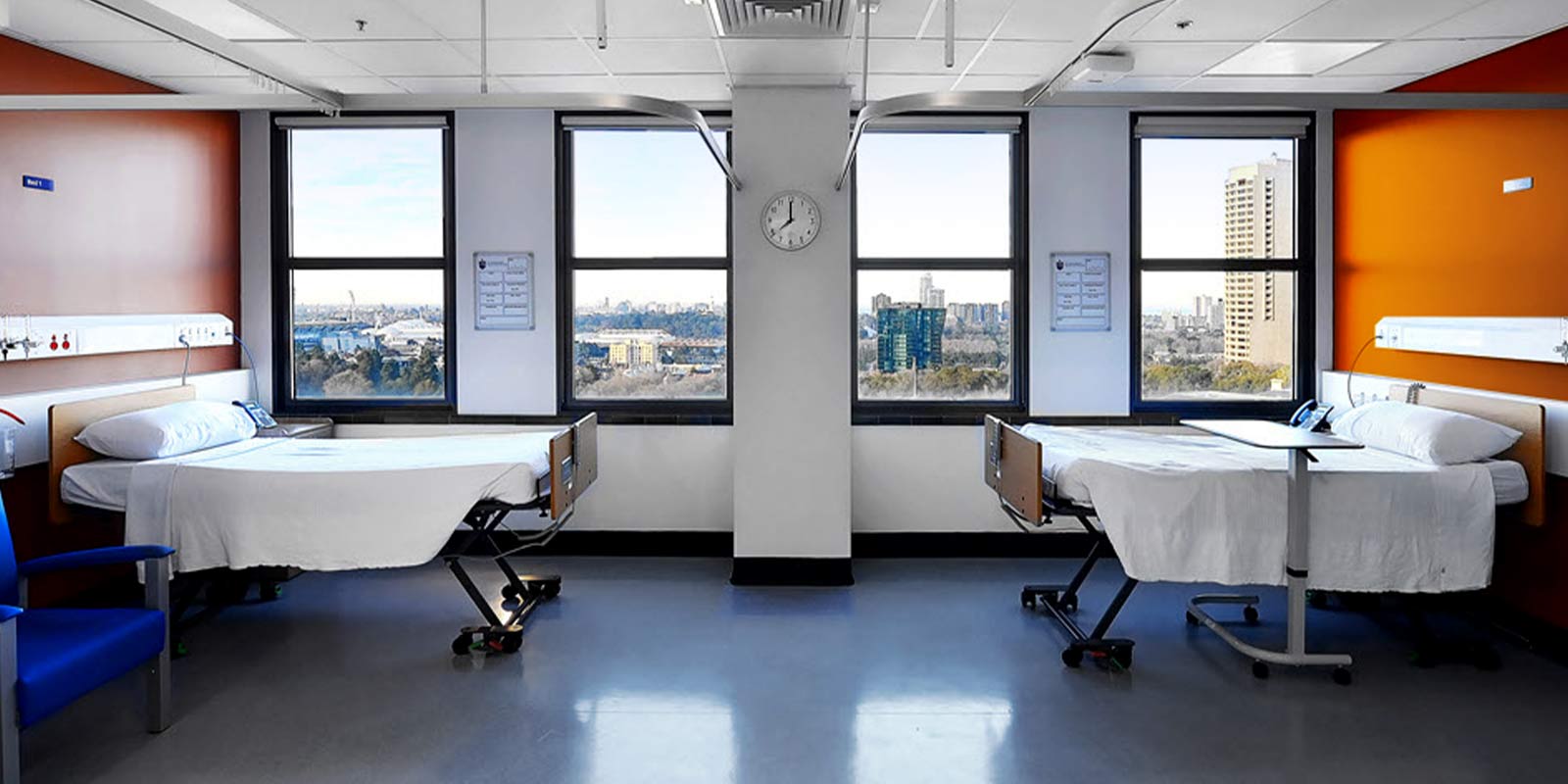 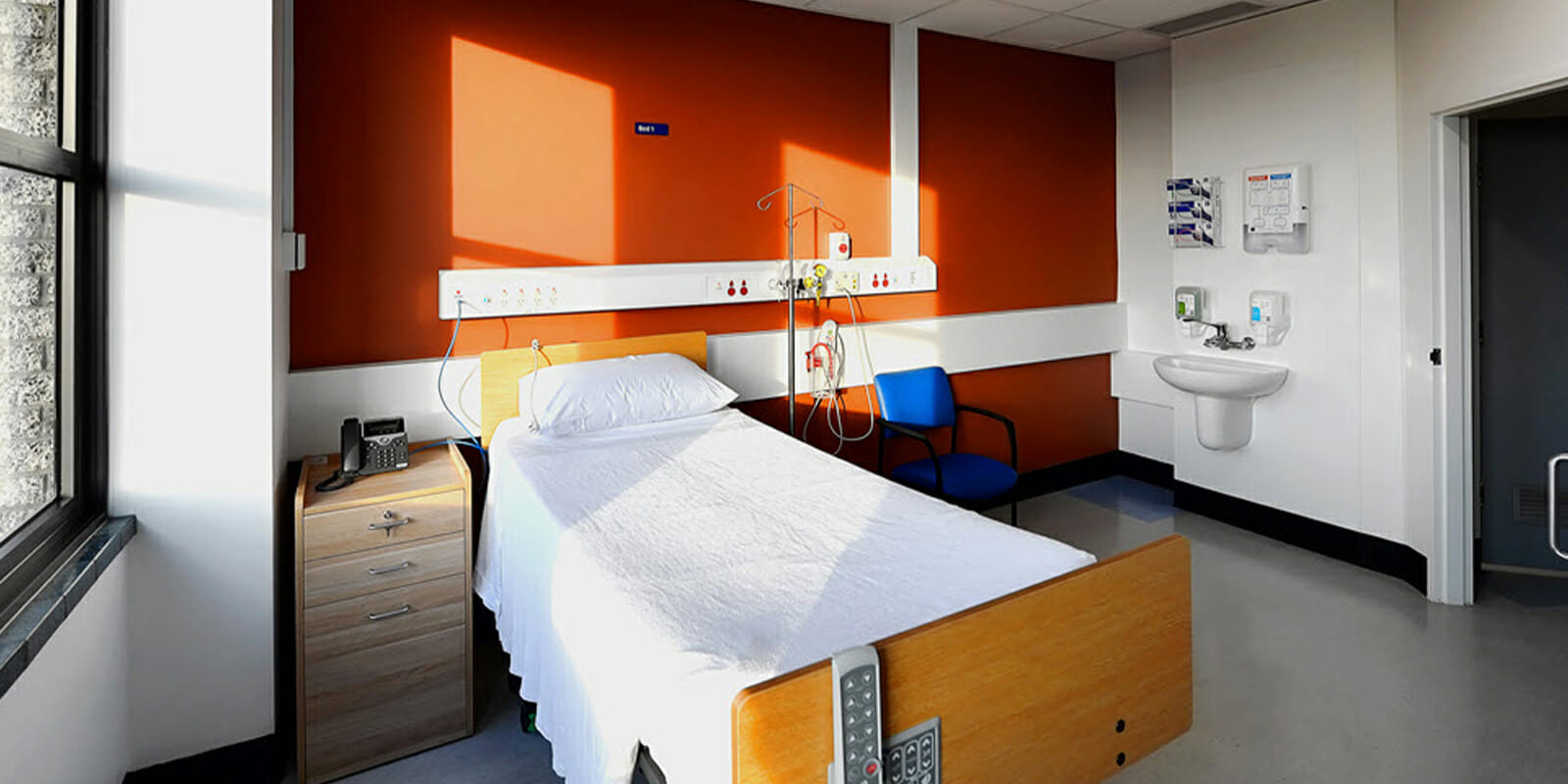 Among them was the former Peter MacCallum Cancer Centre in East Melbourne (now St. Vincent’s on the Park).  The well-known building, which had remained dormant since “Peter Mac” relocated to the Parkville bio-medical precinct in 2016, was recommissioned and converted to accommodate 84 in patient (IPU) and high dependency beds to specifically treat patients infected with coronavirus.

The $30 million project was delivered under a super-fast-tracked program led by head contractor Kane Constructions.

A.G. Coombs was engaged to provide the mechanical and HVAC services works, and collaborated closely with project consultants AECOM to achieve a cost-effective and operationally effective design solution.

This solution required a 100% fresh air supply to the wards so as to achieve the negative pressure required for the specialist healthcare the facility would provide.

Drawing on its experience in the planning and management of complex projects, A.G. Coombs deployed expert resources from across the Group to deliver the project within the 12-week program while overcoming a number of technical challenges.

These included, not least, the dormant state of the facility and its services. Returning the hospital’s mechanical services and HVAC systems to operational standard required over three weeks of full-time service work. A.G. Coombs service technicians, who were familiar with the site from service and maintenance work conducted in the past, were brought in specifically to work on the old pneumatic control system.

Additionally, a wide range of equipment that had reached its end-of life required replacement. This led to significant upgrade works on central plant systems including heating hot water, air handling and chiller plant. Valves, fan motors and pipework were replaced, while variable speed drives (VSDs) were added for efficiency.

To reduce lead times, site congestion and the amount of work conducted on-site, A.G. Coombs drew on its prefabrication experience to have a number of system components, including fans and pump skids, built off site.

At the project’s peak, a team of over 50 A.G. Coombs staff worked on the project including service technicians, plumbers, engineers, draftspersons and commissioning specialists. A.G. Coombs Advisory was also engaged to integrate the building management and control system (BMCS).

Mid-program, as Australia saw the COVID-19 curve flatten, additional works were able to be included in the scope, such as a new reception area, ambulance bay and kitchen upgrades. Work was also carried out to support safe access for patients, staff and visitors while ensuring the building was compliant with current safety standards.

The project was completed while the Royal Victorian Eye and Ear Hospital’s outpatient and day surgery campus – Eye and Ear on the Park – remained fully operational on the lower two levels of the building.

Despite the site challenges, and those presented by new work practices as a consequence of the pandemic, practical completion was reached on time.

In mid-July 2020 as the state faced a second wave of COVID-19 cases, the Victorian Government announced that the facility – now known as St Vincent’s Hospital on the Park – was ready to take COVID-19 patients if required.

St Vincent’s Hospital on the Park is an important addition to Victoria’s healthcare infrastructure and we are proud to have delivered six months’ worth of work in a 7-week timeframe alongside our project partners.

A state-of-the-art redevelopment of Goulburn Valley Health in Shepparton will deliver new and expanded healthcare facilities to meet the growing commu...

The new Bendigo Hospital is the largest regional hospital development in Victoria and ranks among the best health services across Australia in terms o...

A.G. Coombs Projects was appointed as Head Contractor by Project Manager Aurecon to build a new plantroom for Cabrini, to house new and relocated engi...

A.G. Coombs is delivering building services on this project including HVAC and mechanical services and specialist medical systems....

At the Royal Children’s Hospital, A.G. Coombs provided a combination of maintenance and system optimisation services, across all systems, and played...

The Royal Melbourne Hospital undertook a series of upgrades and improvements to modernise its systems and expand its facilities....