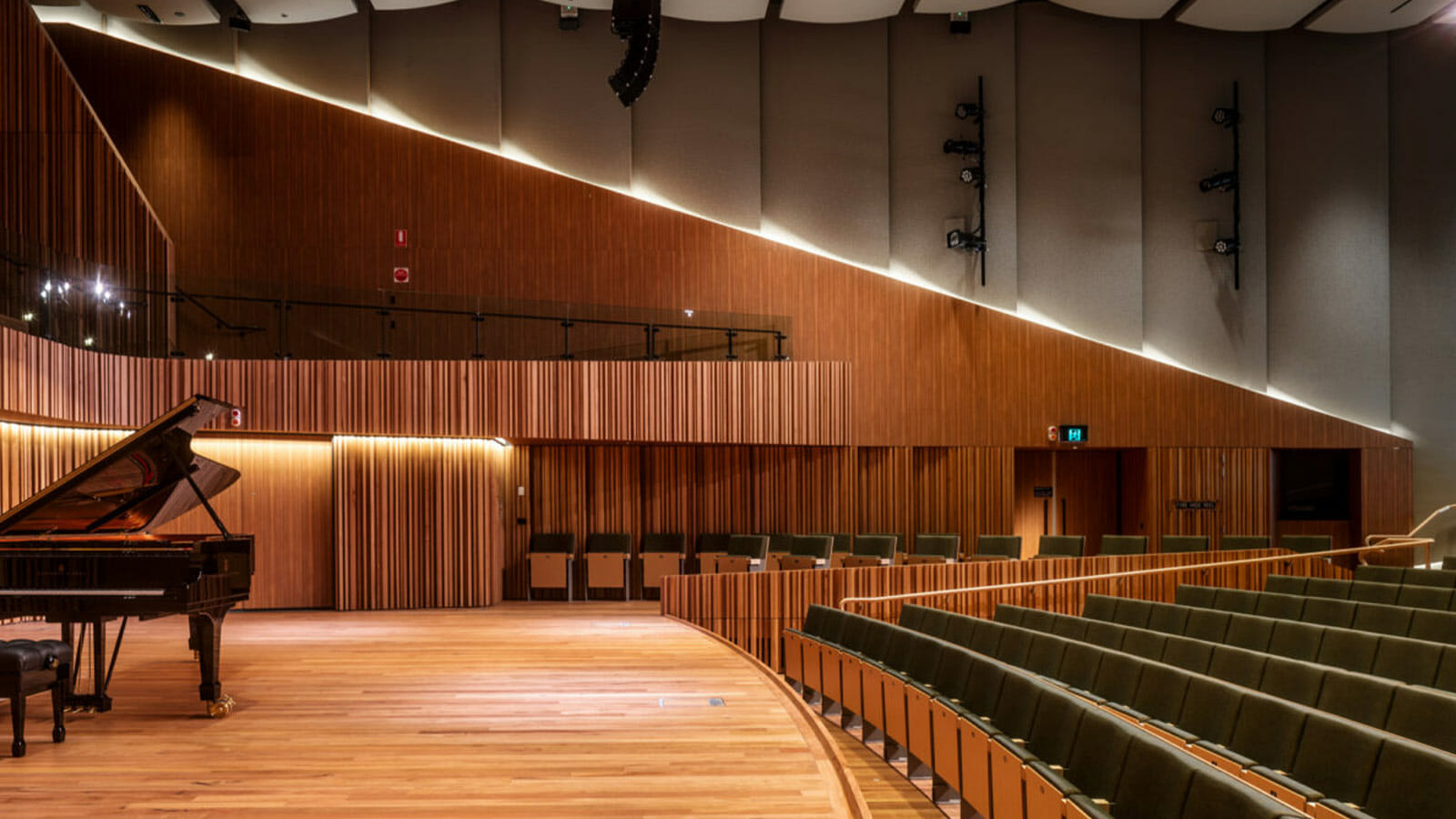 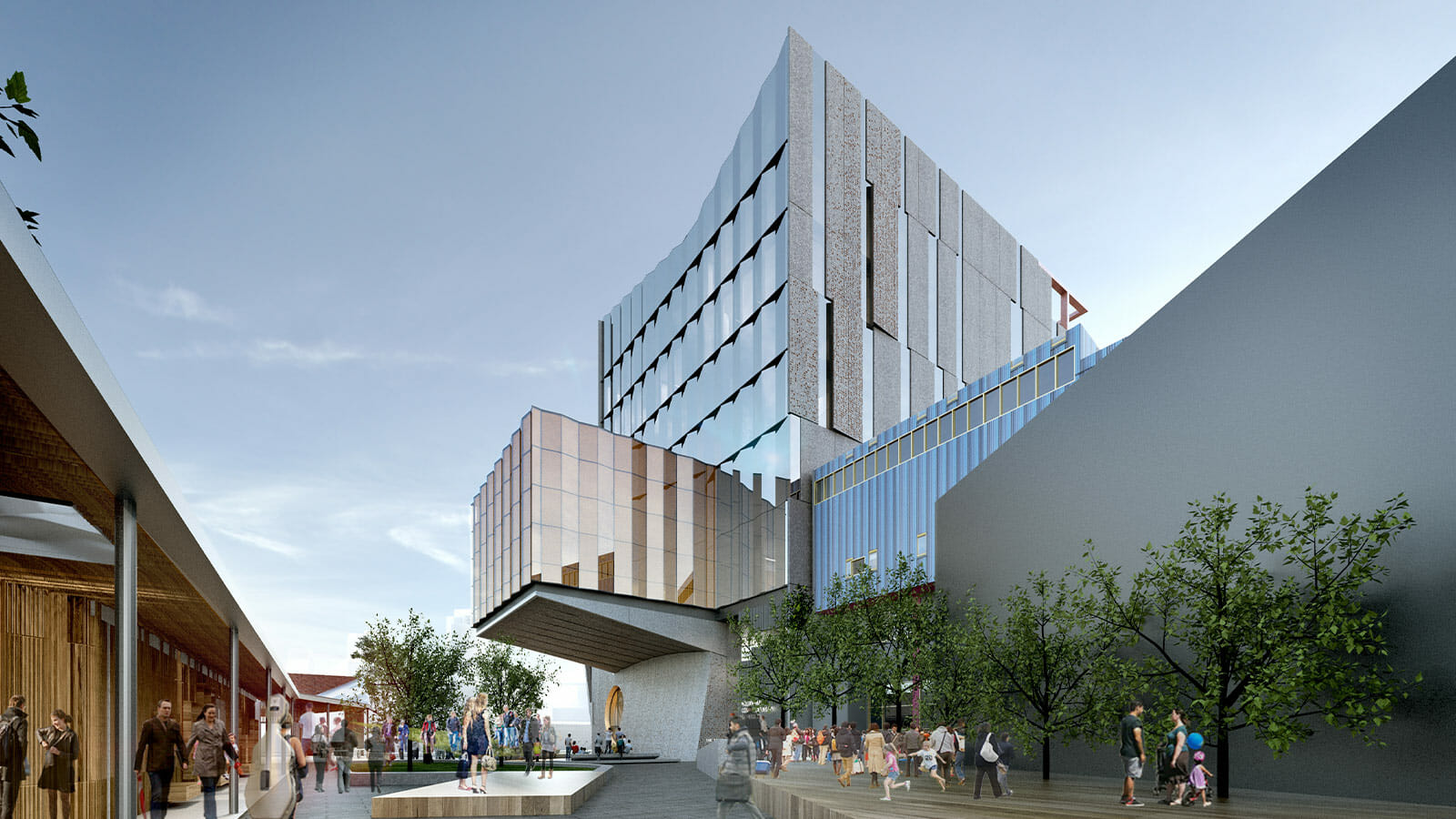 Building on its reputation in the recital hall space A.G. Coombs played a key role in the commissioning of the new Melbourne Conservatorium of Music (MCM), contributing to enriching the study of music and the arts in Australia.

Central to the University of Melbourne’s $200 million Southbank campus redevelopment, the state-of-the-art Ian Potter Southbank Centre is the new home to the Melbourne Conservatorium of Music (MCM) – Australia’s oldest and most prestigious music institution.

Designed by award-winning John Wardle Architects and constructed by Lendlease, the building features a 400-seat cantilevered auditorium, 200-seat studio and numerous world-class performance, teaching, recording and rehearsal spaces. It is also home to one of the largest oculus windows in the world.

Continuing its long association with the University of Melbourne, A.G. Coombs Advisory was engaged as the ICA on the project in October 2017.

With every building element of the Conservatorium affecting the acoustic performance and resonance of these spaces, the tuning and commissioning of the low air velocity mechanical services design was critical. Air distribution, mechanical isolation and fire mode were all considered during this process.

“The Melbourne Conservatorium of Music is an important addition to the University of Melbourne’s Southbank campus,” said James Dalglish, Project Engineer (ICA) at A.G. Coombs Advisory.

A.G. Coombs’ expertise in building services commissioning, and experience in similar projects, has contributed to the completion of a facility that all project members can be extremely proud of.

Client: The University of Melbourne

A.G. Coombs played a key role in the design development and virtual construction of the 3D BIM model. Data Centres are heavily populated with electric...

A Proud Supporter of Vision Australia's Carols by Candl...

This Christmas we invite you to support our client, Vision Australia, by donating and watching this year’s Carols by Candlelight annual Christmas ev...

A.G. Coombs has played an important role in the creation of a new world-class facility at Holmesglen Chadstone that brings Vocational Education and Tr...

A new Science and Engineering Building at the University of New South Wales has reinforced A.G. Coombs’ capability to design, construct and deliver ...

The Hedberg - University of Tasmania

Building on its reputation in the recital hall space, A.G. Coombs has played a key role in the commissioning of a new conservatoriums in Hobart that w...

A predictive maintenance model is aiming to help drive transformative change at the University of Melbourne....

An abandoned TAFE campus in Melbourne’s outer east has been transformed into a vibrant and successful education setting with the help of an industry...

Walker Fire Protection has been delivering an extensive range fire protection systems and services for the Royal Melbourne Institute of Technology’s...

The University of Queensland