The Hedberg - University of Tasmania

Building on its reputation in the recital hall space, A.G. Coombs has played a key role in the commissioning of a new conservatorium in Hobart that will contribute to enriching the study of music and the arts. 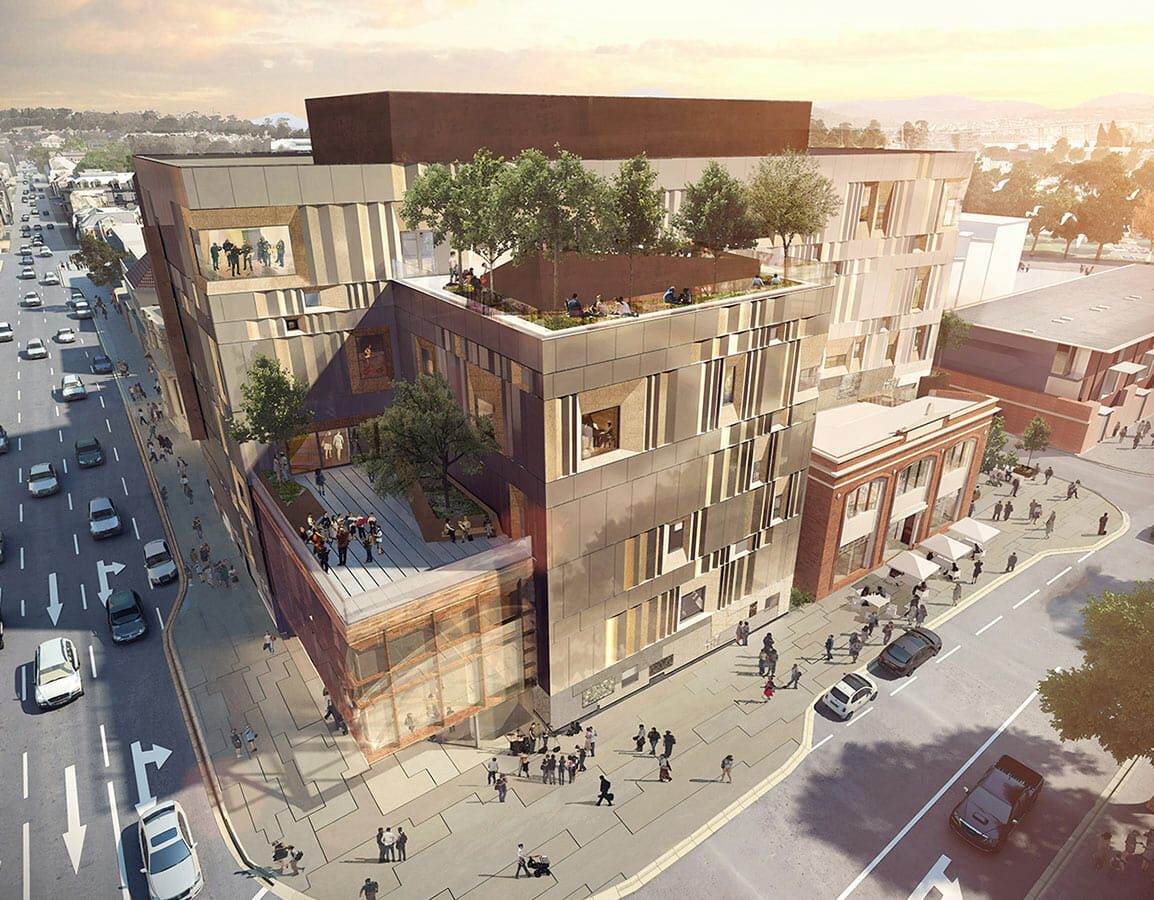 Facilities like the Melbourne Recital Centre are world-renowned for their acoustic performance thanks, in large part, to the careful design, construction and commissioning of building services and noise controls.

It is through its involvement with the Melbourne Recital Centre that the expertise of A.G. Coombs continues to be called upon a decade later.

Engaged as Independent Commissioning Agents (ICA), A.G. Coombs Advisory has contributed to the construction of a new music Conservatorium projects in Hobart.

In Hobart, an impressive landmark building is nearing completion in the form of The Hedberg.

Considered one of Tasmania’s most ambitious arts projects, the $96 million creative industries and performing arts development in Hobart incorporates the University of Tasmania’s Conservatorium of Music and the refurbished Theatre Royal – one of Australia’s oldest operating theatres.

Delivered by Hansen Yuncken, The Hedberg building features a contemporary recital hall, studio theatre and salon, as well as a range of teaching and music rooms.

A.G. Coombs Advisory’s contribution to the delivery of this special building will ensure Tasmania’s rich history of academic and musical excellence is nurtured for years to come.

A.G. Coombs Advisory has applied its experience and technical expertise to ensure these challenges have been overcome, and the acoustic requirements of the project have been met.

Building on its reputation in the recital hall space A.G. Coombs played a key role in the commissioning of the new Melbourne Conservatorium of Music (...

A.G. Coombs has played an important role in the creation of a new world-class facility at Holmesglen Chadstone that brings Vocational Education and Tr...

A new Science and Engineering Building at the University of New South Wales has reinforced A.G. Coombs’ capability to design, construct and deliver ...

A predictive maintenance model is aiming to help drive transformative change at the University of Melbourne....

An abandoned TAFE campus in Melbourne’s outer east has been transformed into a vibrant and successful education setting with the help of an industry...

Walker Fire Protection has been delivering an extensive range fire protection systems and services for the Royal Melbourne Institute of Technology’s...

The University of Queensland