The GPT Group’s Citiport Business Park in Port Melbourne was in need of a HVAC and mechanical services plant upgrade.

A.G. Coombs Projects was engaged by The GPT Group as head contractor, to undertake the plant and equipment replacement, which would see the existing 23 rooftop packaged air conditioner (PAC) units removed and replaced with 21 new, more energy efficient units.

Following a thorough design review process, and a subsequent detailed review of the site the GPT Project team and A.G. Coombs looked at other options to install the equipment with a solution of a helicopter being used for the lifting of equipment, instead of a large mobile crane. The use of a crane would have required strengthening of the car park roof and slab, and would have caused disruption to the tenant’s car park, which was required to remain in use throughout the entire replacement process.

The use of the helicopter demanded a sophisticated coordination process, including coordination of the surrounding Port Melbourne offices and factories within a 500m radius, aviation and council permits, and traffic management of the surrounding streets. Additionally, numerous lifts, which could have taken several days if a crane was used, had to be undertaken in just a few hours, on one day. Planning of the sequencing was developed over several weeks and, prior to the nominated lifting day, the dedicated A.G. Coombs site manager spent a week on-site coordinating pre-lift arrangements, including reconfiguring warehouse space, to assist with the lifting sequence.

To add to the difficulties, the weather was against the team across the whole two weeks of rooftop works. During the disconnection of electrical, controls and ductwork, the rain was so heavy that the A.G. Coombs site manager set up a marquee to allow the works to continue safely in a weatherproof environment.

Despite the challenging weather conditions, it took the team just six hours complete 86 lifts! The 23 existing PAC units were removed, and 21 new PAC units safety lifted into place; the larger ones positioned onto A.G. Coombs designed and coordinated roof steel platforms to take the weight off the roof. During the entire process, minimal disruption was caused to Citiport’s staff and guests, and to the general public.

“There were several challenges involved in his project”, said Mark Lawrence, Regional Operations and Capex Manager at The GPT Group. “From their expert design input through to their precise coordination and sequencing skills, A.G. Coombs has proved that no challenge is too big for them. They went above and beyond to deliver the best outcomes, whilst maintaining high levels of professionalism and continuously demonstrating their commitment to safety. Their helicopter initiative was testament to their experience and capability, and the whole process would not have been as smooth without the extraordinary coordination of the guys on-site.” 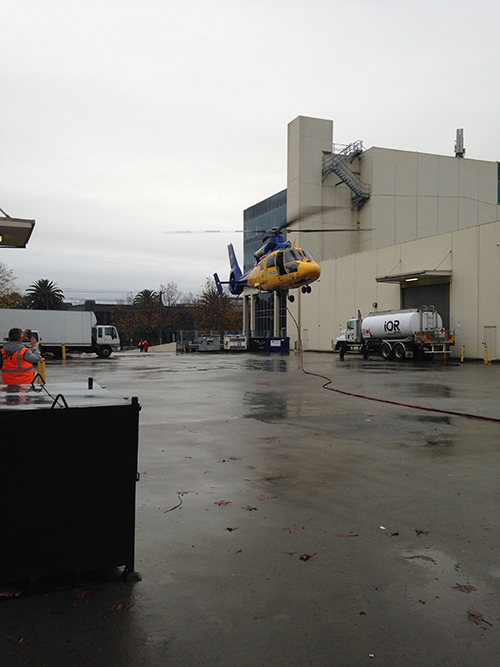 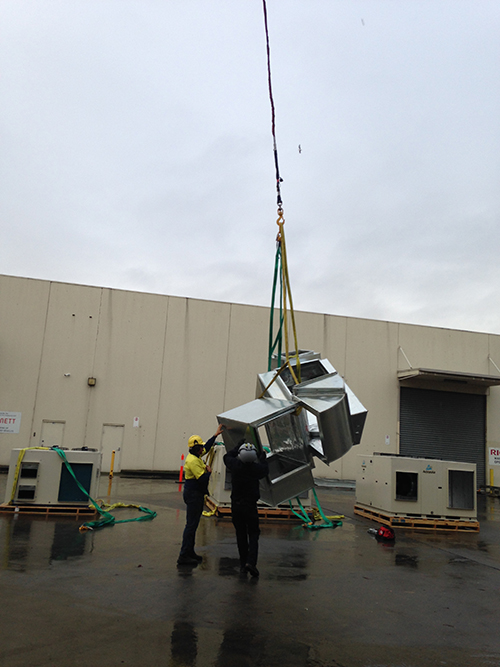 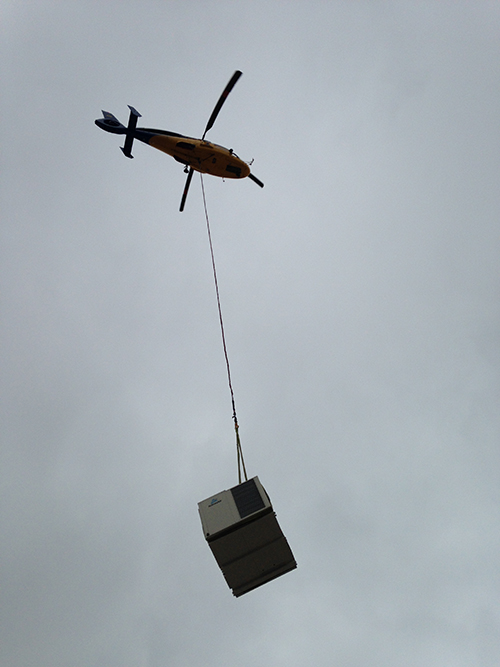 A.G. Coombs Projects was engaged by The GPT Group as head contractor, to undertake a HVAC and mechanical services plant and equipment replacement. ...