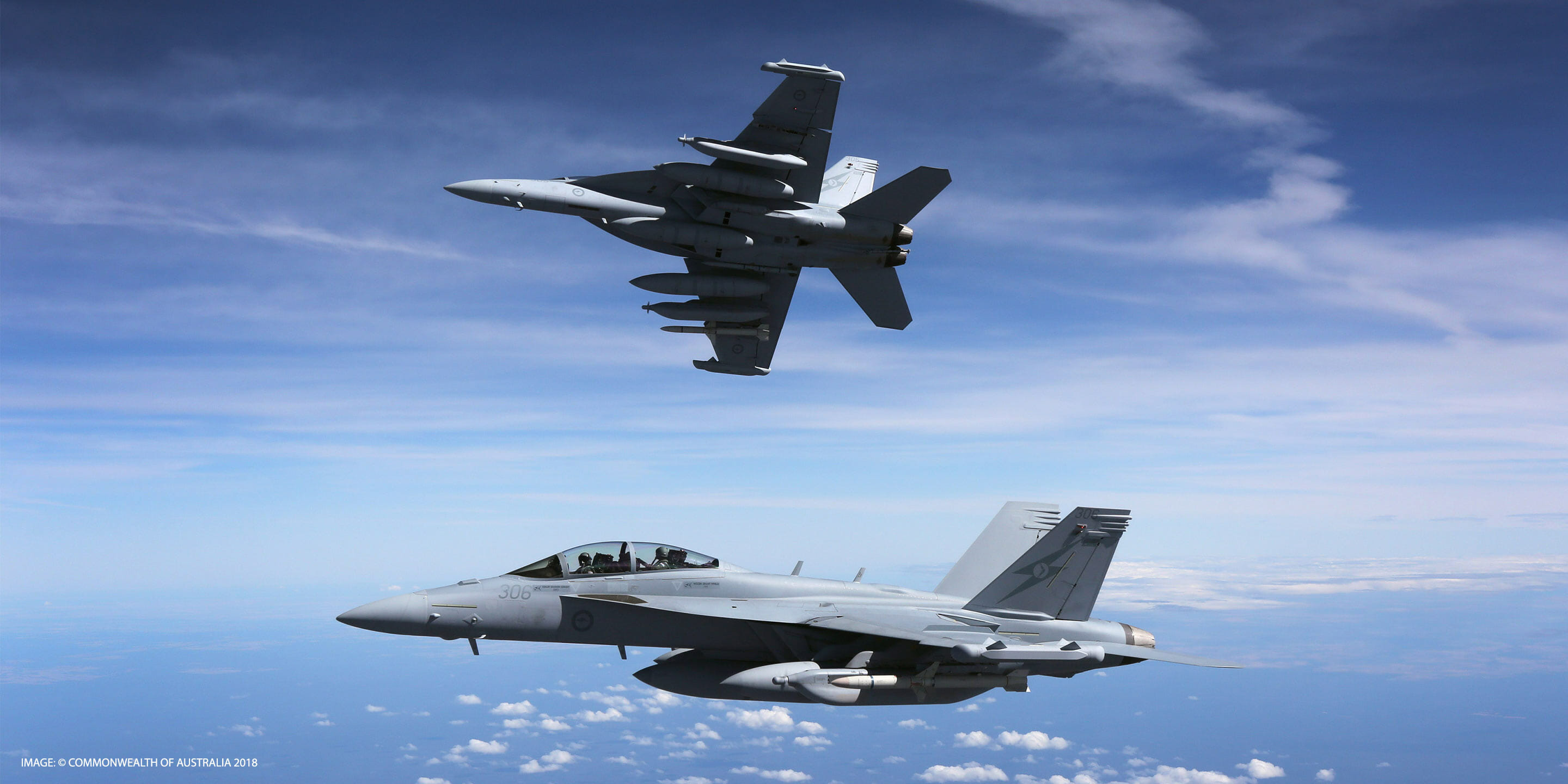 To support their arrival at RAAF Base Amberley last year, Stage 1 of the multi-million dollar RAAF Growler Airborne Attack Capability Facilities Project has recently been completed.

The much-anticipated facilities have been designed to accommodate a world-class, electronic warfare system that provides ground support to the RAAF Growler fleet.

The project has included the construction of new squadron and hangar facilities for the new aircraft, as well as refurbishment to existing workshops, flight simulators, administration offices and other support spaces.

Engaged by the project’s Managing Contractor, Lendlease, A.G. Coombs brought its expertise and experience in Defence projects to RAAF Base Amberley and worked closely with the Department of Defence, and Wood & Grieve Engineers on the installation of the mechanical services.

The new No. 6 Squadron headquarters consists of a hangar for operational level maintenance of Growler aircraft and working accommodation for over 200 Air Force personnel.

The two-story facility is located within the high security, fast-jet precinct of the base, and houses a variety of secure areas, crew rooms, auditoriums, briefing facilities, office areas, workshops and functional spaces. A centralised chilled water plant and reticulation system serves both constant and variable volume air handling units.

The hangar is served by tool (compressed) air and breathing air systems, along with a fuel tank ventilation system designed to purge fuel tanks prior to and during tank entries.

A new workshop and warehouse in close proximity to the No.6 Squadron building provide storage and facilities for maintenance. The RAAF Growler Airborne Attack Capability Facilities Project also included the refurbishment of a number of existing buildings across the 1,600-hectare base, where alterations to existing mechanical services were made to accommodate an increase in personnel numbers.

Due to the processes undertaken in these spaces, local contaminant monitoring systems have been installed with flashing strobe lights to alert occupants when acceptable indoor levels are exceeded.

Operating in much the same way as a high-density data centre, the building is served by an underfloor displacement air conditioning system with down flow precision cooling units (PCUs). Air is distributed via a raised floor system within the room through heavy duty computer room floor grilles, with opposed blade dampers behind the grilles.

Project wide, all services have been designed and installed to strict Defence security requirements.

A.G. Coombs led the coordination of all services on site and implemented BIM (building information management) for drafting and coordination purposes. Additionally, A.G. Coombs personnel were required to work under strict security supervision at all times, requiring detailed planning to minimise inefficiencies resulting from the restriction of movement across work sites.

Despite such challenges, Stage 1 of the RAAF Growler Airborne Attack Capability Facilities Project was completed and commissioned on time and to schedule earlier this year.

A.G. Coombs is now involved in Phase 2 of the project, which includes works on three buildings at RAAF Base Amberley, including the Air Combat Electronic Attack Systems Program Office.

A.G. Coombs’ technical expertise and track record in providing certainty of outcome, has been an important element in delivering a technologically advanced project such as this.

From 2019, the Royal Australian Air Force Base at East Sale will become the home of basic pilot training for the Australian Defence Forces as part of ...

A.G. Coombs Projects was appointed by a leading Australian Defence company to undertake a tenancy fit-out in Brisbane....