From 2019, the Royal Australian Air Force Base at East Sale will become the home of basic pilot training for the Australian Defence Forces as part of the $329.8 million construction project currently underway. 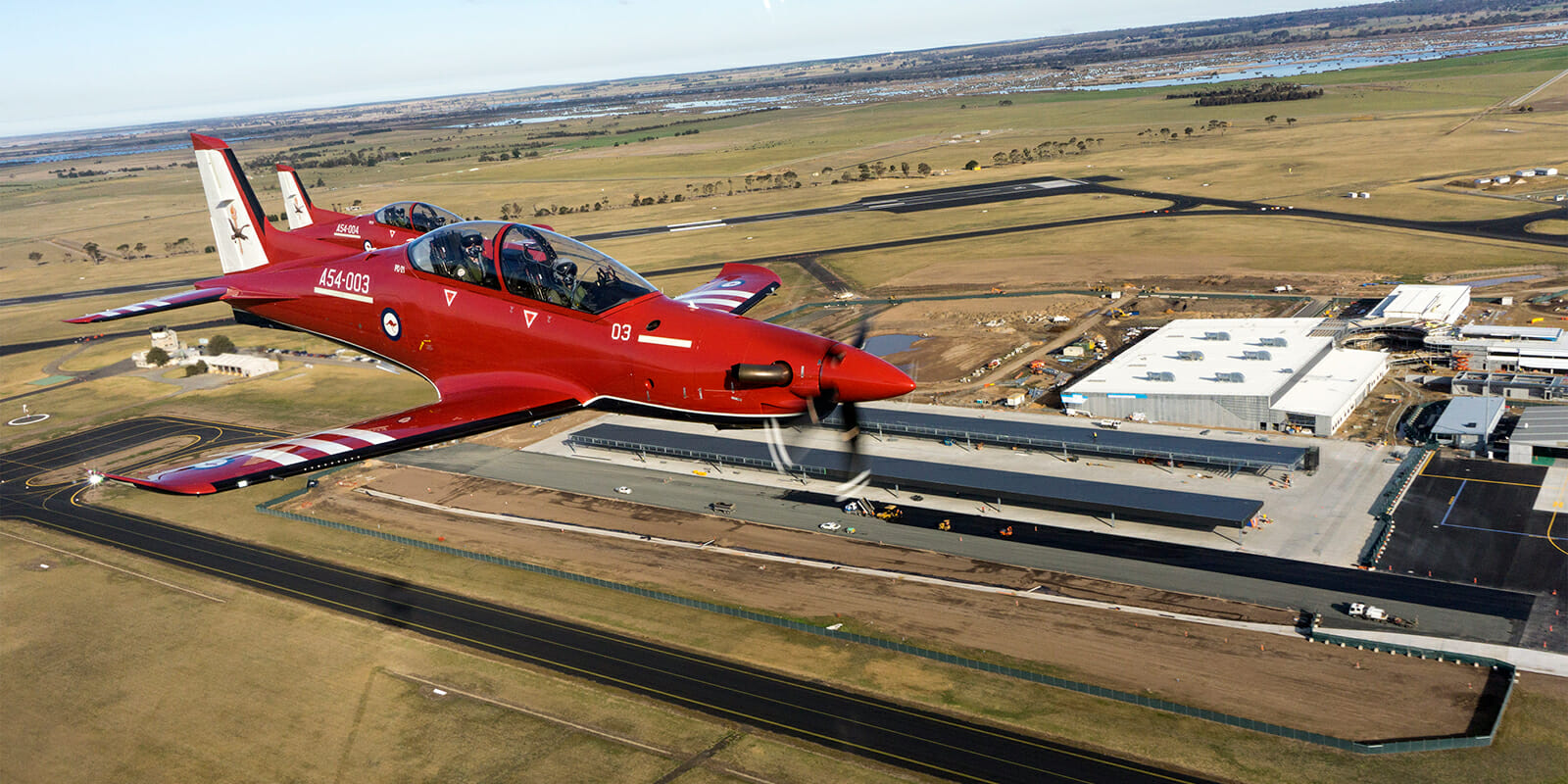 Known as the AIR5428 Phase 1 Pilot Training System Facilities project, it will deliver the Department of Defence a turnkey pilot training solution that integrates physical and synthetic training environments.

The project supports the introduction of the new fleet of cutting edge PC-21 aircraft, by providing state of the art simulation facilities, and an electronic learning environment. This will enhance Defence’s capability to take a trainee from initial flight screening through to their entry into advanced fighter training courses. Future generations of Joint Strike Fighter, Wedgetail and Growler pilots will begin their training on these aircraft.

The PC-21 is the world’s most advanced pilot training aircraft. As part of the AIR5428 project, the PC-21 will replace Air Force’s current PC-9/A and CT-4B aircraft and will be based at RAAF Base East Sale in Victoria and RAAF Base Pearce in Western Australia.

Delivered by Managing Contractor, Laing O’Rourke Australia, the RAAF Base East Sale project includes the construction of facilities to accommodate six flight simulators, twenty-eight aircraft shelters, five maintenance bays and enclosed storage for a further 17 aircraft under almost 6000m² of hangar area, as well as a state of the art learning environment and working accommodation to support the training program.

The new hangars at RAAF Base East Sale will feature one of the largest in-floor foam fire suppression systems to be installed in Australia. 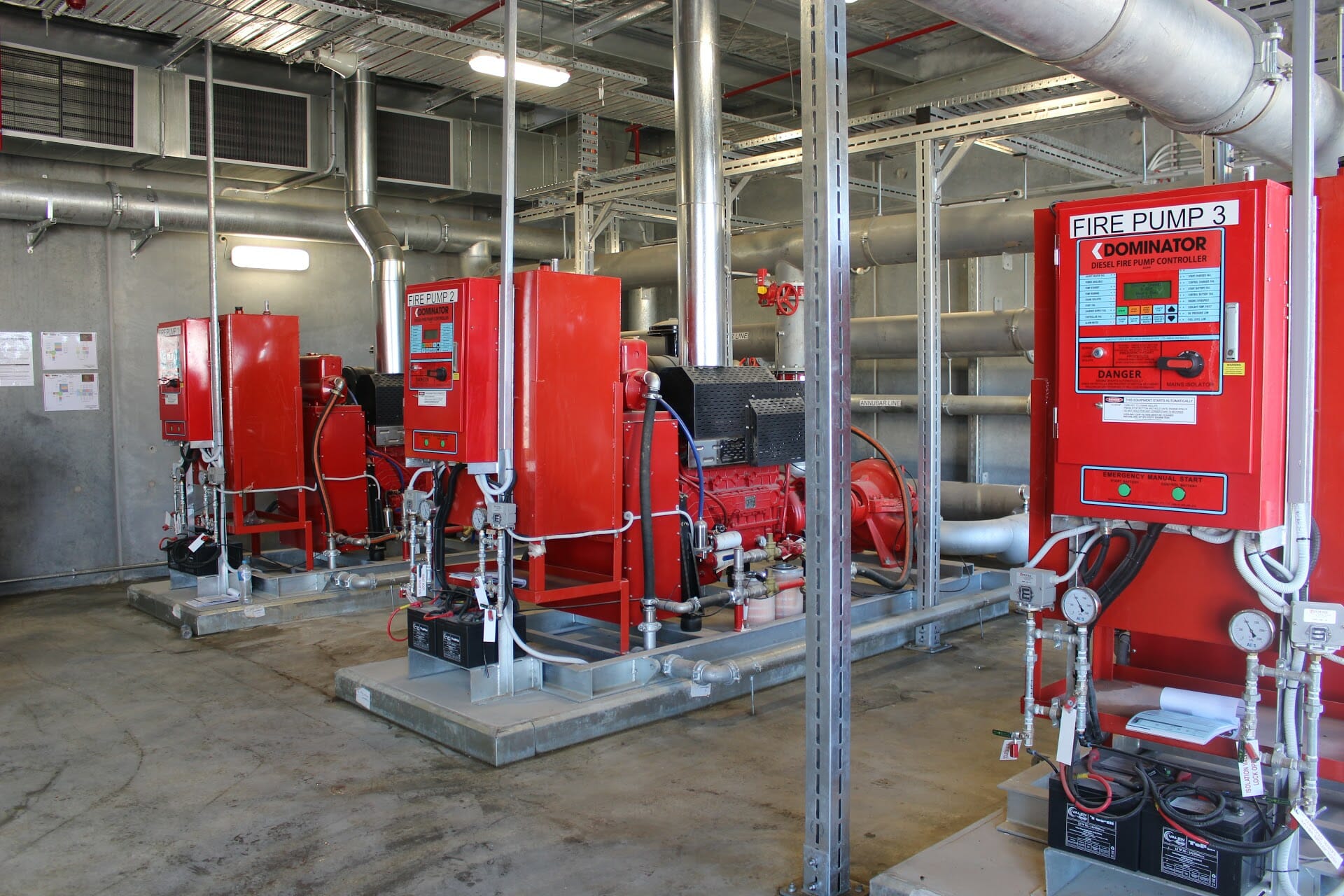 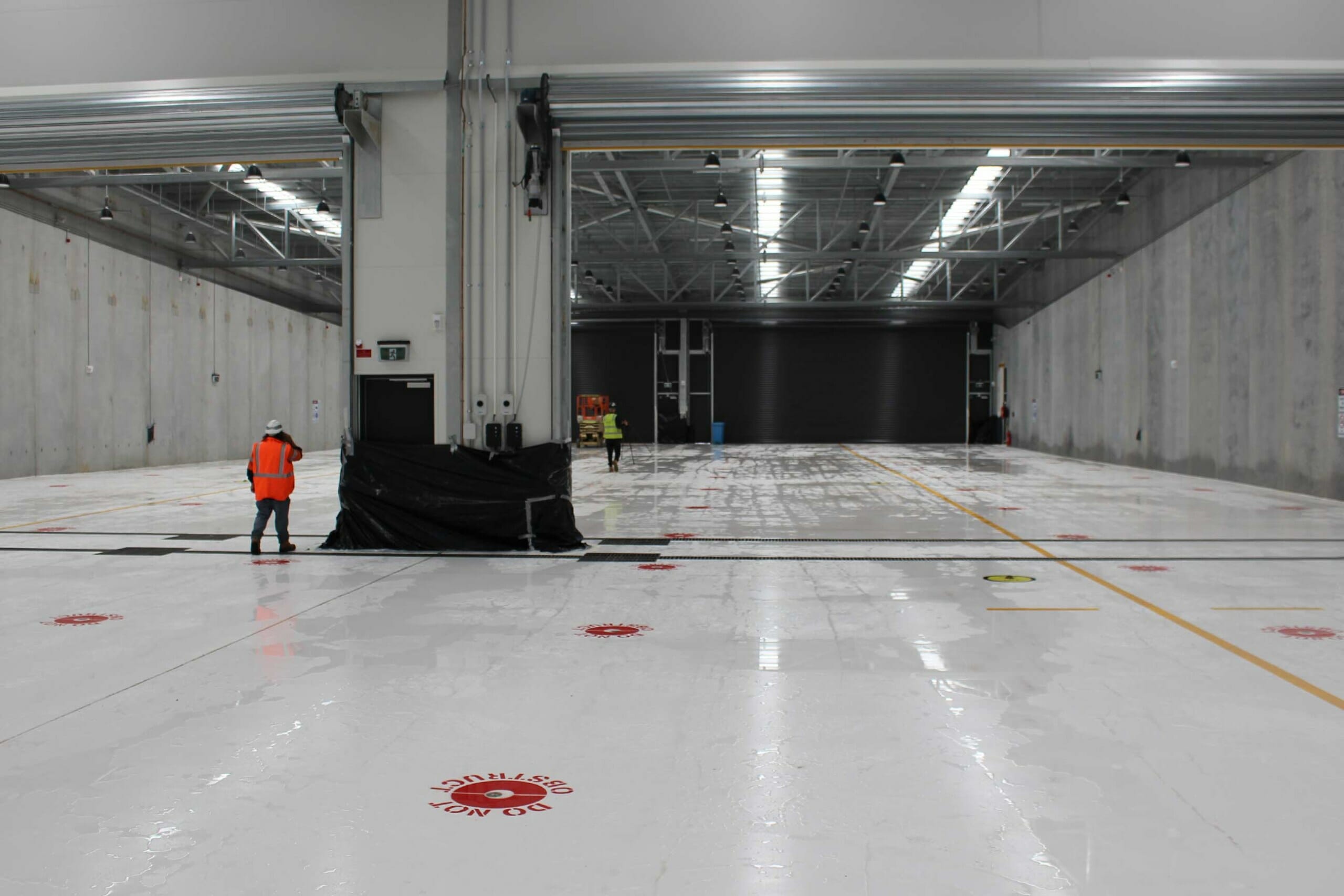 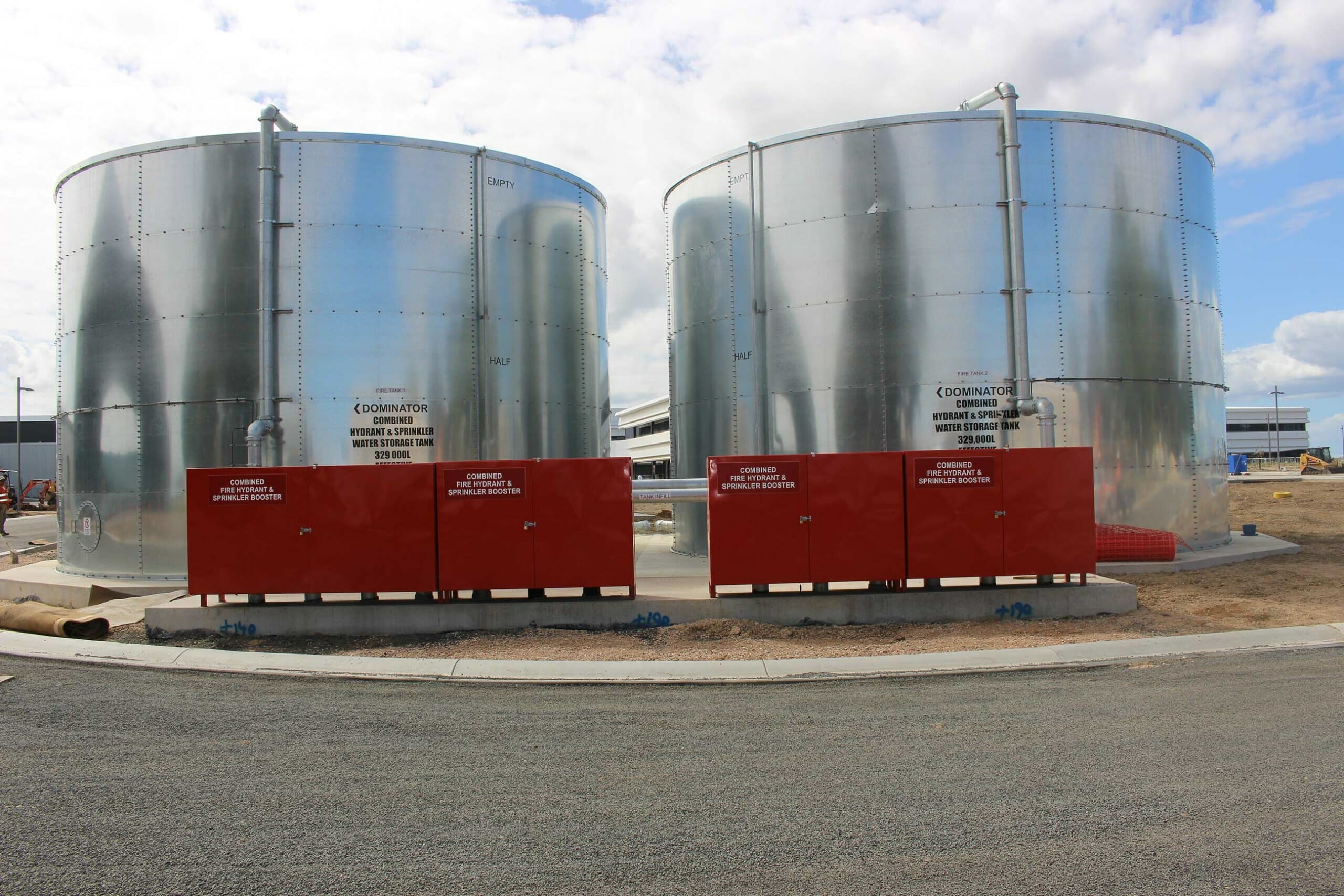 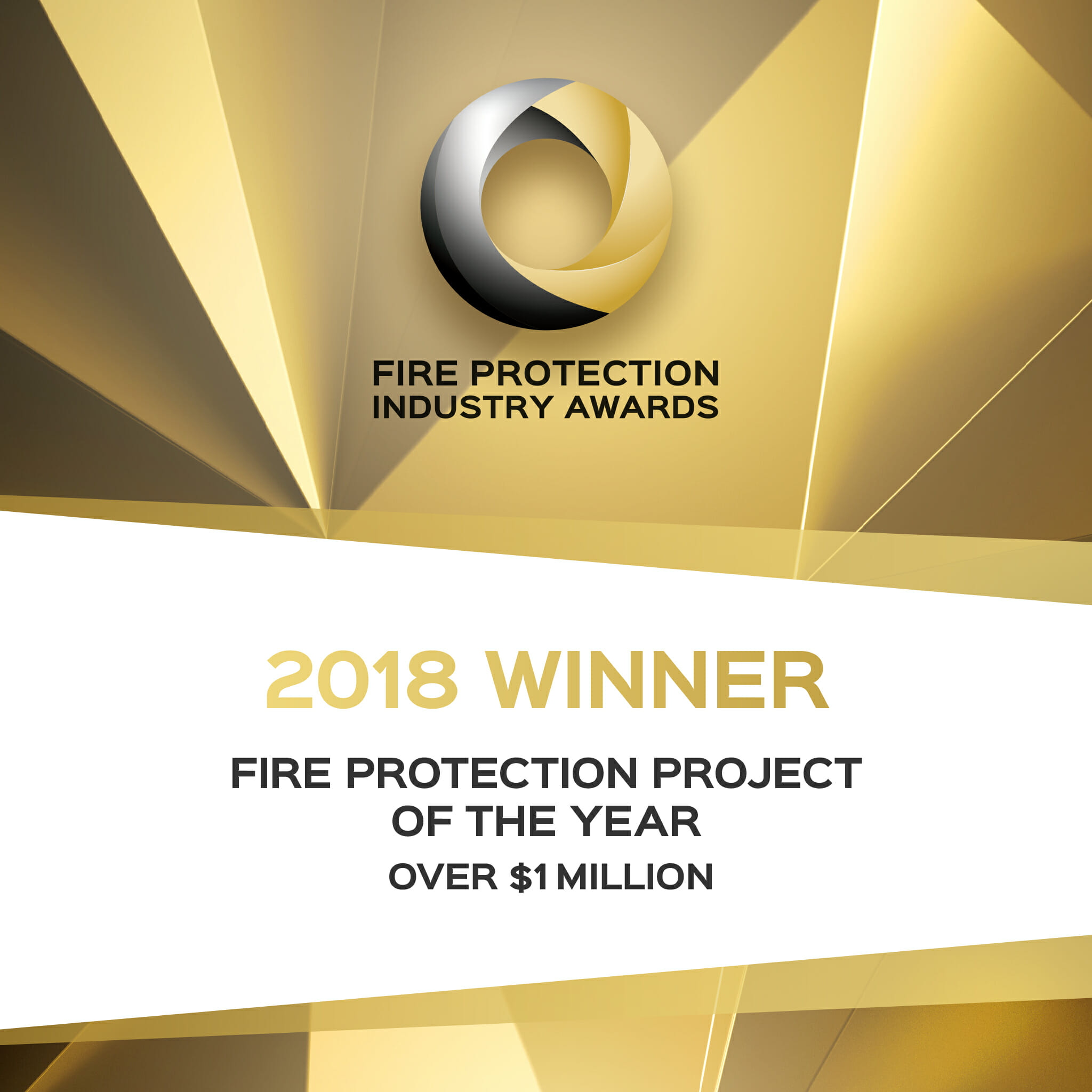 The system incorporates over 240 pop-up nozzles pre-installed in the hangar’s concrete slab, which are supplied by a foam proportioning system that mixes an accurate quantity of aqueous film-forming foam (AFFF) concentrate with water.

The foam concentrate is supplied from two 4,000 litre horizontal bladder tanks (one main tank and a second in reserve).

The foam fire suppression system is supported by overhead fire sprinklers; VESDA™ aspirated smoke detection and state-of-the-art flame detection devices. These all interface with a number of other control systems, including the building occupant warning system with PA (public address) capability, mechanical fire mode controls and the building management and control system.

When an alarm is activated by these systems, the in-floor nozzles are engaged and pop-up above floor level to disburse the foam in a 360 degree pattern across the hangar floor – cooling the fire and coating any oil or fuel present to prevent the risk of combustion.

Walker Fire Protection developed a detailed Cause and Effect Matrix during the design of the system to ensure it met the Department of Defence’s unique specifications.

The design also includes a drainage system. Following an event, the foam is pooled and drained from the hangar and held in a storage area ready for offsite removal.

We are pleased to have the expertise of Walker Fire Protection on the project to design and install systems that will protect this valuable infrastructure for years to come.

A.G. Coombs Projects was appointed by a leading Australian Defence company to undertake a tenancy fit-out in Brisbane....