Having been involved in the construction of the Dr Chau Chak Wing and Vicki Sara buildings, A.G. Coombs’ technical expertise is again shining through on the latest project to transform the University of Technology Sydney’s city campus.

Offering a culturally diverse campus life for its 40,000 enrolled students, the University of Technology Sydney’s (UTS) city campus is made up of a number of buildings located close to Sydney’s central business district.

In 2008, UTS identified a once-in-a-generation opportunity to deliver a vibrant and engaging education precinct and commenced the development of its $1 billion-plus UTS City Campus Master Plan.

Work to date has included the construction of the landmark Dr Chau Chak Wing building – home to the UTS Business School – and the Faculty of Science and Graduate School of Health building – now known as the Vicki Sara building in recognition of the former UTS Chancellor and renowned endocrinologist.

While the city campus has already undergone significant transformation through these projects and others, a building currently under construction aims to create an exciting new information and learning hub for students.

UTS Central, located on Broadway, involves the radical revitalisation of the campus’s existing Buildings 1 and 2.

Among the defining features of the architectural design by Francis-Jones Morehen Thorp (fjmt) is a redefined entrance to the university, a curved glass façade and a large winding staircase in the shape of a double helix that will be visible from the street.

Targeting a 5 star Green Star rating, the design will see the lower levels of the existing building retained with 14 new floors to be constructed above. The lower level will feature UTS’s second Science Super Lab, while the new podium levels will house the bulk of social, student-focused areas including the new UTS Library and food court. The new nine-level tower above will accommodate UTS’s growing focus on research.

The design takes advantage of an existing chilled water supply from the city campus central energy plant at the base of the building, that incorporates additional cooling capacity from the central plant within the adjacent Central Park commercial development, forming part of Australia’s first district energy-sharing project. This arrangement is an alternative to the need for a dedicated chiller plant serving the UTS Central building.

The hot water needs of the new building are met by an upgrade to the existing city campus boiler plant which has been retained. 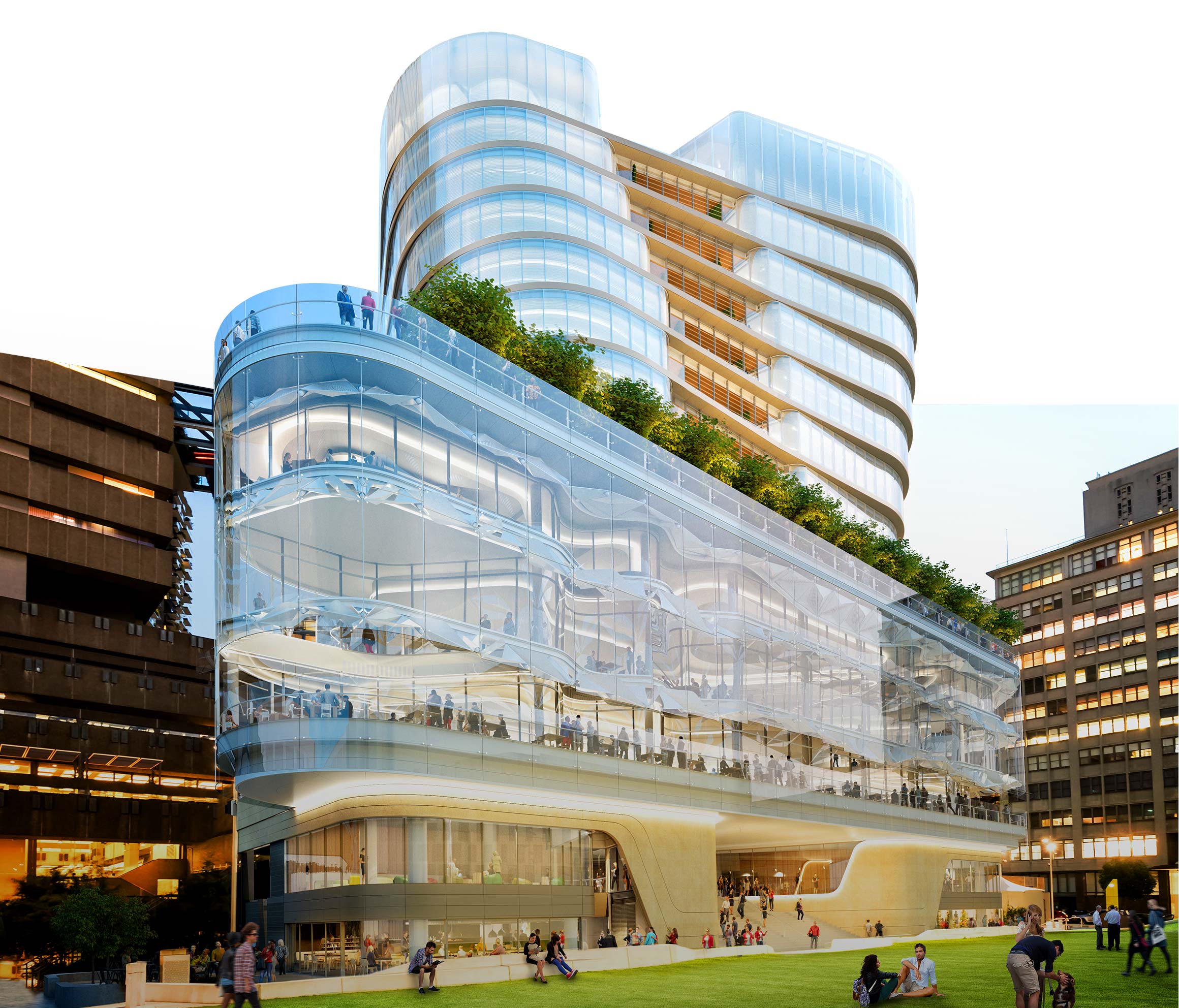 “A.G. Coombs was able to present an innovative approach to the mechanical services design and has added significant value to the project, particularly through their advanced use of BIM.

The Science Super Lab on Level 1 is served by its own air handling plant to meet Physical Containment Level 2 (PC2) requirements.

The project has presented a number of technical challenges – none more so than the coordination of services within both the existing structure and architecture of the new building.

As lead for services coordination on the project, A.G. Coombs’ proficient use of building information modelling (BIM) has enabled a minimal footprint of the plantrooms and worked within the ceiling cavity space by reducing the size of ductwork. Fabrication functionality has also been added to the model and used to support the accurate manufacture of components offsite.

Construction of UTS Central is expected to be completed in mid 2019.

The Royal Australian Navy’s principle training establishment for naval personnel in Victoria, HMAS Cerberus has played a crucial role in preparing A...

For the Care of our Kids

Behind the colourful walls of the Queensland Children’s Hospital are a range of mechanical services systems that maintain a world-class environment ...

Overlooking the nation’s capital, Australian Parliament House in Canberra is the heart of Australian parliamentary democracy and one of the largest ...

One Byte at a Time

Modular design and construction is rapidly changing the face of the Data Centre industry. As well as offering Data Centre operators the ability to fas...